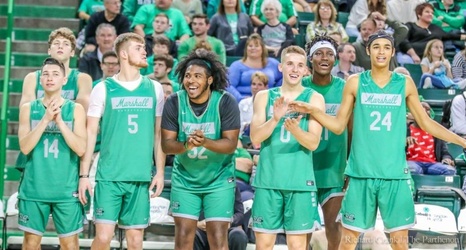 The Toledo Rockets shot the lights out at the Cam Henderson Center Sunday afternoon propelling them past the Marshall Thundering Herd men’s basketball team 96-70.

“Obviously they (Toledo) shot the tar out of it, especially early,” Head Coach Dan D’Antoni said after the loss.

One of the players that continued that hot hand in the second half was junior guard Spencer Littleson who led Toledo with 27-points after making 8-11 of his attempts and going 6-8 from behind the arc.