The quest for 19: Tiger chasing Jack is a real conversation again 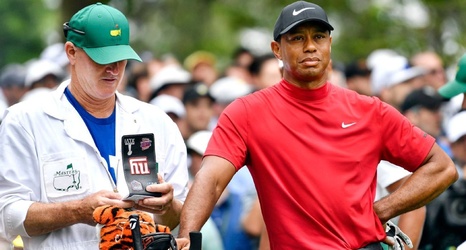 AUGUSTA, Ga. -- An impromptu celebration broke out Sunday afternoon on the Augusta National putting green, with Tiger Woods taking a Masters victory lap after being presented the green jacket by 2018 champion Patrick Reed.

As the masses cheered on Woods, then migrated with him as he left the green, Reed found himself caught up in the frenzy, trying to make his way toward the clubhouse when dozens upon hundreds of fans were streaming the other way.

Wearing his own green jacket and a yellow tie, Reed got swallowed up in the hysteria, all but run over -- a shared feeling of others in the aftermath of Woods' historic victory.