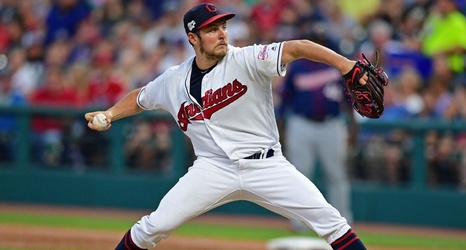 In the midst of a heated playoff race, the Cleveland Indians have traded right-hander Trevor Bauer to the Cincinnati Reds as part of a three-team deal with the San Diego Padres, sources told ESPN's Jeff Passan on Tuesday.

Entering Tuesday's games, Cleveland (62-43) was just two games behind the Minnesota Twins in the AL Central and had a three-game cushion atop the wild-card standings ahead.

Bauer, who is 9-8 with a 3.79 ERA and 185 strikeouts, has shown some inconsistencies after a breakout 2018 season in which he made his first All-Star team.