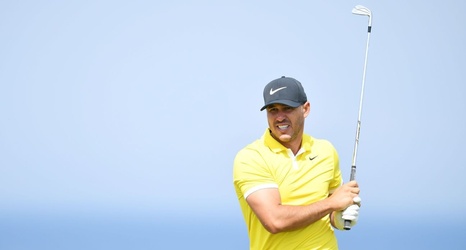 PORTRUSH, Northern Ireland -- The golf gods finally found a way to slow down Brooks Koepka in a major championship -- heavy rain, 35-mph wind gusts and a final-round pairing with J.B. Holmes, one of the most notoriously slow players on the PGA Tour.

Despite that trifecta -- and Koepka's inability to make much of anything on the greens of Royal Portrush Golf Club this week -- he still managed to finish in a tie for fourth place in the 148th Open Championship on Sunday.

After opening the final round with four consecutive bogeys -- he had four bogeys in the first three rounds combined -- he shot 3-over 74 and finished 6-under par, nine shots behind winner Shane Lowry.