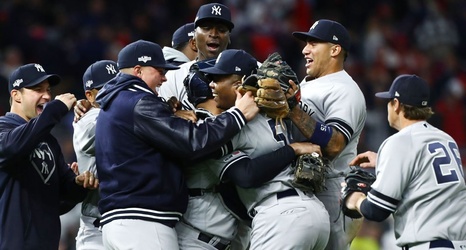 MINNEAPOLIS -- By eliminating the Minnesota Twins Monday night, the New York Yankees proved they are ready to win every way there is during this postseason.

The Yankees beat the Twins 5-1 in Game 3 of the American League Division Series to complete a three-game sweep, but before the offense tacked on some late insurance runs, this was a duel of pitching and defense in which the Yankees showed their ability to hang tough in a tight game in October.

"I thought they played such a clean game. They made so many big plays in big spots because I really thought the Twins brought it tonight," manager Aaron Boone said.