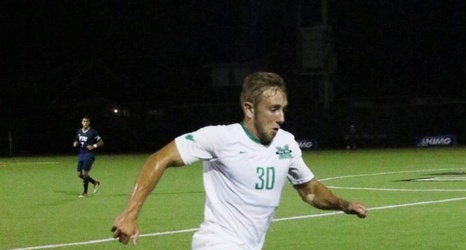 In their first game as a ranked team Marshall men’s soccer team flexed their offensive muscles by putting up four goals against the University of Loyola Marymount.

“It was a really crazy match,” Head Coach Chris Grassie said per Herdzone “A definite game of two halves. We dominated the first half with three nice goals. Then in the second half, the match became very physical and there were a lot of heavy challenges and restarts we had to deal with.”

The first goal for Marshall came early when junior Pedro Dolabella headed a ball in the back of the net in the 19th minute.