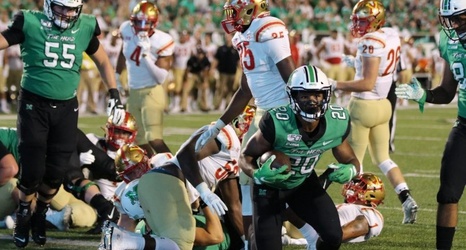 The Marshall Thundering Herd kicked off its 2019 football season on Saturday against the Virginia Military Institute Keydets where they won the game 56-17. Marshall gained over 600 yards of offense in the game.

“I thought the first half was pretty clean,” Head Football Coach Doc Holliday said. “We played a lot of players the second half so it was not as clean, but it was great to see some of those young kids make some of those plays today.”

Marshall and VMI both started the game off sluggish by having a punting war almost the entire first quarter.