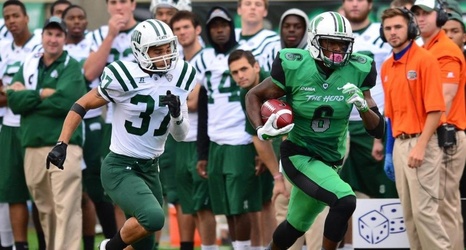 The football rivalry known as the “Battle for the Bell” between Marshall and Ohio returns for the 2025 and 2027 football seasons, the Marshall Athletic Department announced Wednesday morning in a news release.

The Thundering Herd will face the Bobcats in Huntington on Sept. 20, 2025, while the Herd will travel to Athens on Sept. 11, 2027, according to the Marshall Athletic Department’s news release.

“This is a great matchup to continue in the future, both for our football program and our fan base,” Athletic Director Mike Hamrick tweeted as a part of the announcement.

As part of a previous home-and-home agreement, the Herd and the Bobcats will face off this season on Sept.