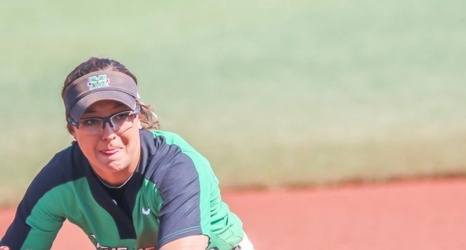 Louisville scored all five of its runs in the final three innings, including a pair of two-out runs in the seventh inning, to defeat the Marshall softball team Tuesday afternoon, 5-4, at Dot Hicks Field in Huntington.

Marshall took a 4-3 lead into the final inning after Mya Stevenson’s 10th home run of the season in the sixth inning, a two-run shot to left field, but the visiting Cardinals recorded a trio of two-out hits to plate two and take the lead.