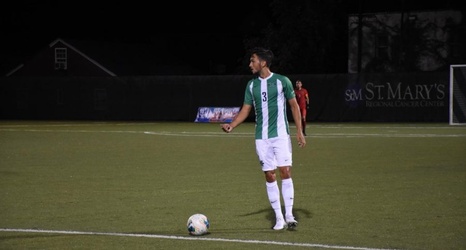 The Marshall University Men’s soccer team suffered its first loss of the season on Tuesday night by losing 3-2 to the University of Texas Rio Grande Valley,

Tuesday night the Herd and the Vaqueros of UT-RGV met up on the soccer pitch for the first meeting between the two programs. The game was an extremely physical one with seven total yellow cards being issued within the game.

“I thought our guys did a tremendous job at the beginning of the game,” Herd head coach Chris Grassie said per Herd Zone. “I am proud of their performance. Obviously, they were playing against a lot of adversity, but our guys kept their heads and kept fighting until the very last minute.