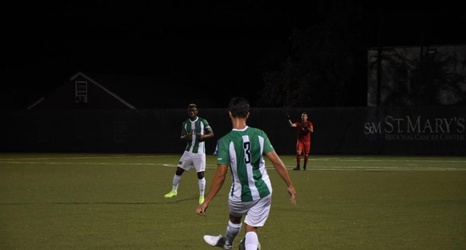 It has been 18 years since the Marshall University men’s soccer team has been nationally ranked in the NCAA and United Soccer Coaches Poll. The poll, released Tuesday afternoon, placed the Herd at No. 21 with an overall record of 8-1-2 (3-0-1 Conference USA). This rank marks the highest in program history.

Following its last match against previous No. 5 Charlotte, Marshall ended up tying 0-0 against the 49ers and taking a point. The 49ers dropped to No.