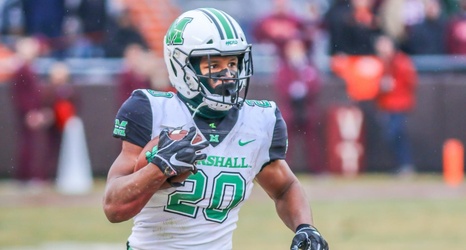 The 20thmeeting between the Marshall Thundering Herd and the Virginia Military Institute Keydets kicks off the 2019 football season in Huntington this weekend.

Conference USA announced the Herd is predicted to finish first in the East Division.

Between the two teams, Marshall holds the winning record of 14-5 since the beginning of the series. The Herd has won every game since 1982.

Marshall head coach Doc Holliday said that he is excited and anxious for the season to start.

“(We are) looking forward to the season,” Holliday said. “I know our players are as well.