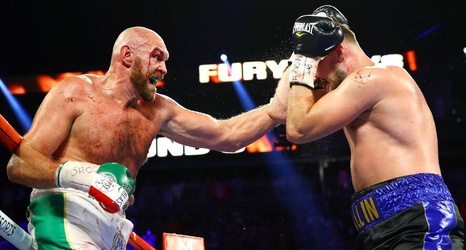 Tyson Fury overcame a significant cut over his right eye and went on to defeat Otto Wallin by unanimous decision to retain his lineal heavyweight crown Saturday night at T-Mobile Arena in Las Vegas.

The fight, which was the main event of an ESPN+ card, marked the fifth defense of Fury's lineal title, which he claimed with his win over Wladimir Klitschko in 2015.

Wallin opened up a big gash over Fury's eye when he landed a clean left hook in the third round. The cut was examined by a ring doctor in Round 6, causing Fury to pick up the pace and fight with greater urgency.