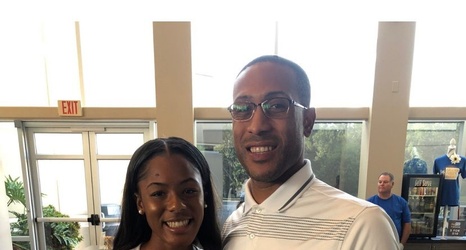 “Even though my intentions weren’t to come here,” Astoria Beckett said, “I think it’s kind of cool I followed my parents’ footsteps and managed to go to the same college as them.”

She follows the footsteps of a father who was a part of Marshall football’s most successful four-year class in history, in which they compiled a 50-4 record.