Braves critical of Ronald Acuna Jr. for not running out hit in loss 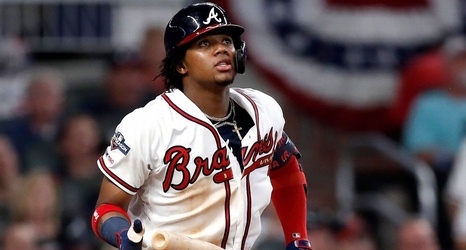 ATLANTA -- It happened again. And this time it was in a postseason game. Atlanta Braves center fielder Ronald Acuna Jr failed to run out a ball he hit off the wall in right field, settling for just a single. Last time it happened, in August, he was benched. This time, he was called out by his teammates, after the Braves lost, 7-6, to the St. Louis Cardinals in Game 1 of their best-of-five NLDS.

"Yeah, it's frustrating," Braves star first baseman Freddie Freeman said. "But I think you have that conversation once.