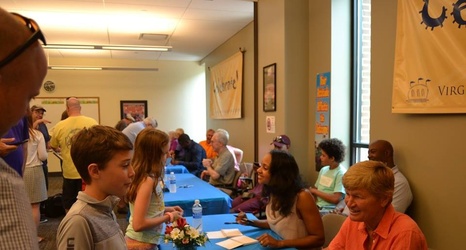 HUNTINGTON — Saturday night in Portsmouth, Va., the new inductees were inducted into the Virginia Sports Hall of Fame at the Va. Sports HOF Museum in Portsmouth, Va. The new inductees included the former Editor of the Herd Insider and columnist for both HI and HerdZone.com as well as former sports editor of the Charleston Daily Mail Jack Bogaczyk, who worked for many years in Roanoke, Va. Also inducted with ties to Marshall were former Marshall assistant C.J. Woolum and the brother of former Marshall point guard (1995-97) Sidney Coles, Bimbo Coles.

Jack Bogaczyk is joined by his lovely wife, Carol, as they attend his induction into the Virginia Sports Hall of Fame in Portsmouth, Va.