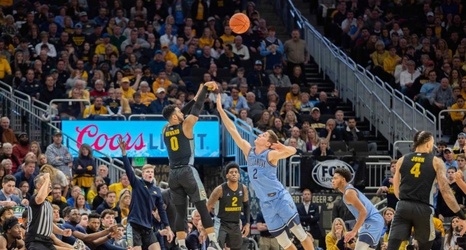 For the first time since 2016, number zero will not be suiting up for the Golden Eagles as starting point guard.

“Obviously Markus was an incredible player for us and an incredible young man,” Marquette men’s basketball head coach Steve Wojciechowski said. “You don’t replace him on the floor with one player. That would be impossible.”

Prior to his graduation this past spring, Markus Howard surpassed numerous records including becoming the program’s all-time leading scorer, setting a BIG EAST record with 13 Player of the Week honors, receiving John R. Wooden Award All-American honors, becoming the first player from Marquette to win the Senior CLASS Award and being the fourth player in program history to be a consensus First Team All-American from the Associated Press, Sporting News, USA Today, USBWA and NABC.