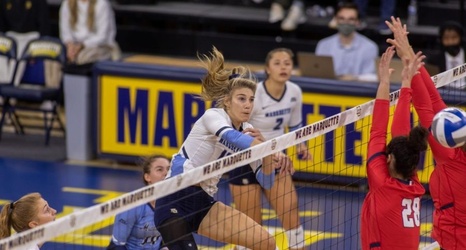 “I thought St. John’s played hard as we expected they would,” Marquette head coach Ryan Theis said. “I thought the key was our serving. Six aces, six errors, a pretty good night.”

As the trend has been all season, Marquette jumped out to an early lead in the first half, After finding themselves in a 7-2 deficit, St.