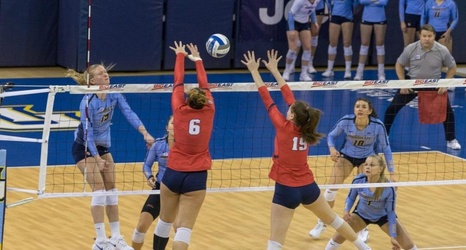 The Red Storm’s first BIG EAST Championships title since 2007 comes less than 24 hours after upsetting the No. 10 Bluejays in straight sets Friday night.

St. John’s controlled the opening set, jumping to a 7-3 lead and maintaining at least a three-point lead for the rest of the set.