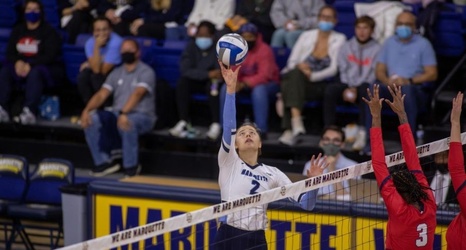 “Thought Seton Hall came out really low error and efficient, Marquette head coach Ryan Theis told the Marquette Wire’s Ava Mares on the Marquette University Television Broadcast. “Thought their setter put their hitters in really good positions. So it was a bit of an offensive battle in the first two (sets) and then we started defending a little bit better after that.”

The Golden Eagles had a balanced attack on the night, with four players, including Vanden Berg, reaching double figures in kills.