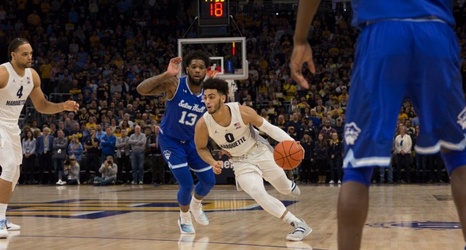 NEWARK, N.J. — In front of a packed crowd at the Prudential Center on Saturday afternoon, Marquette was unable to exact revenge on Seton Hall, taking a 69-55 loss to the Pirates.

The previous matchup between the two teams was in the 2019 BIG EAST Semifinals, a matchup Wojciechowski described as “the most unusual game of basketball I’ve ever been a part of.