The What In Tarnation: Connecticut 80, Marquette 62 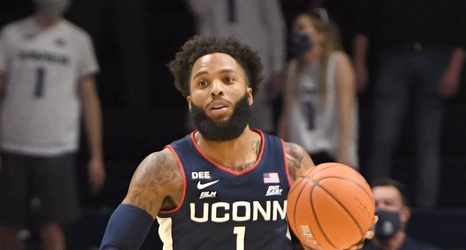 So, because of timing issues, I had to listen to the first half of Saturday’s Marquette men’s basketball game against Connecticut on the radio while driving home. The plan was to watch the second half.

The plan was scuttled.

See, Marquette’s #24 ranked volleyball team (the best team on campus for several years running now) was playing Iowa State with the first serve coming 30 minutes after the basketball game tipped off. That was very interesting to watch, and, well, the men’s basketball team was losing 38-21 to UConn at the half.