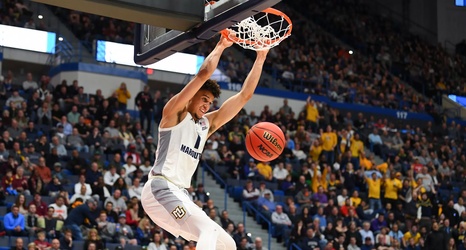 If I had told you when you woke up on Sunday morning that Brendan Bailey would score 27 points and Sacar Anim would score 21 points, what would you have said the result of Marquette’s game against #5 Maryland in the Orlando Invitational title game?

Marquette by about a million, right?

So, anyway, what happened was the Golden Eagles turned the ball over on 22% of their possessions while Markus Howard missed 11 shots including all six of his long range attempts, and the Terrapins ran away with the game, 84-63.