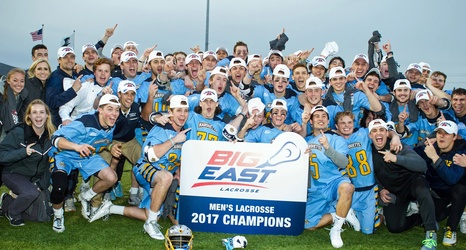 The Big East announced the official bracket for the 2022 men’s lacrosse tournament on Friday night. Very late on Friday night, in fact, with the publish date on the post coming just after 11pm.

The regular season officially wrapped up on Saturday with Providence and St. John’s squaring off, but both teams had been eliminated ahead of the final weekend of competition. Once the Denver/Marquette game came to an end, the four teams that had already qualified for the tournament were properly seeded into the spots, 1 through 4.