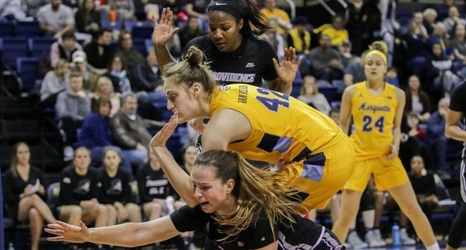 The Golden Eagles got off to a quick start early in the first quarter but trailed off near the end, shooting just 36%. Despite poor shooting and committing seven turnovers, MU went into the second quarter leading 10-7.

Marquette fared better offensively in the second quarter, going 5-for-10 from the field. However, the Golden Eagles defense wasn’t nearly as strong as it was in the first quarter, allowing the Friars to score 20 points.