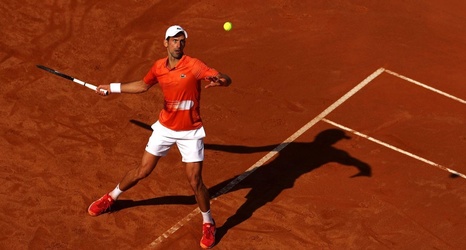 Novak Djokovic raised his first trophy of the year at the Italian Open on Sunday and showed that he is back in top form exactly a week before the French Open starts.

After missing a large portion of the season because he wasn't vaccinated against the coronavirus, the top-ranked Djokovic beat Stefanos Tsitsipas 6-0, 7-6 (5) for his sixth Rome title.

He needed only a half-hour to win the opening set, during which Tsitsipas got so frustrated at one point that he banged his racket against his bag during a changeover and mangled the frame.