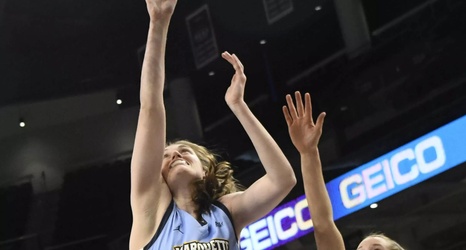 I had a plan for Friday.

Women’s basketball against Saint Mary’s, though, that I could watch, at least most of it. I could reasonably expect the volleyball match to be over in about 2 hours if not sooner, so as long as I had my trusty iPad with me, I was going to be able to watch Megan Duffy and her team thanks to the free video stream provided by Saint Mary’s for MU’s opening game of SMC’s Walnut Creek Convention & Visitors Bureau Thanksgiving Classic.