Marquette Volleyball Is Earning Votes In The AVCA Preseason Poll 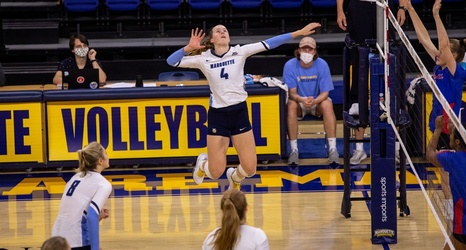 The AVCA brought us one step closer to the fall women’s volleyball season on Monday afternoon when they released the 2022 preseason top 25 rankings. In what is definitely not a surprise given the roster turnover, YOUR Marquette Golden Eagles are not in the preseason rankings.

They are, however, earning votes in the poll. That’s pretty dang cool. With Hope Werch, Taylor Wolf, and Savannah Rennie all gone amongst others, the 2022 Golden Eagles lineup is going to look wildly different than it did last year, but the poll voters still threw 40 points worth of rankings in MU’s direction.