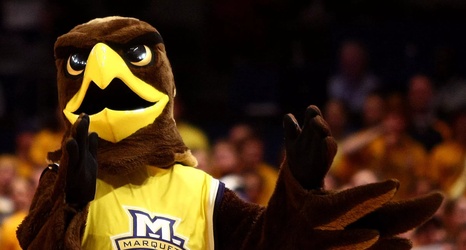 This was a pretty big weekend for both of Marquette’s tennis programs. The men’s team went 2-1 on the weekend with the loss coming to the lousy Badgers in Madison. The two wins came over IUPUI and Chicago State. Personally, I don’t understand the name IUPUI because it’s like a combination of two different schools in the capital of Indiana, so if someone could explain that to me that would be awesome. Anyway, the IUPUI men’s tennis team was no match for Marquette’s, as they won 6-1 with Alvaro Verdu, Luke Smrek, Louis Heredia Gomez, Brett Myers and Greg Anderson all picked up singles victories.