Marquette Soccer To See A Smattering Of Preseason Top 25 Teams 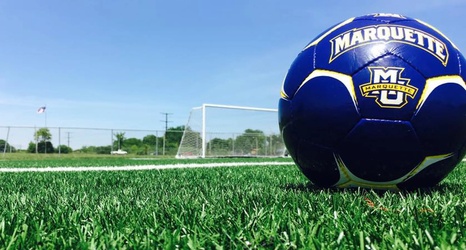 Back on August 2nd, United Soccer Coaches released their preseason top 25 rankings for both men’s and women’s college soccer. While neither of Marquette’s teams are ranked or even receiving votes to start the season, there is a weird symmetry between the ranked teams on their schedules this season. Both teams will face a ranked team in their season opener, and both teams will see two preseason top 25 teams during the course of Big East action.

Marquette’s season opener will be on the road against Notre Dame, as we already knew.