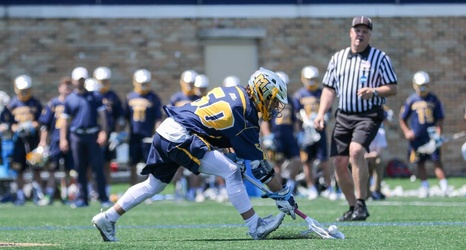 The Big East announced the men’s lacrosse preseason awards on Wednesday afternoon, and it was something of a low-key affair from a Marquette perspective. Three Golden Eagles were named to the league’s all-conference team, with one coming as a unanimous choice, while the team was picked to finish fourth in the league in 2018.

Considering the fact that Marquette is returning almost no scoring from last season due to Tanner Thomson taking a redshirt season, it’s not a surprise to see the two-time defending Big East tournament champions down in the bottom half of the standings in the preseason poll.