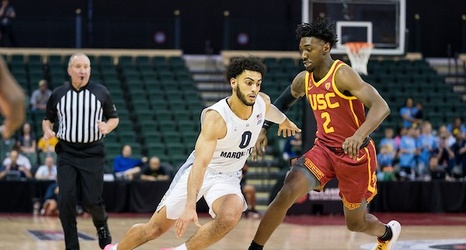 For the second consecutive day, a dominant performance from senior guard Markus Howard fueled Marquette’s offense in the Orlando Invitational, this time helping Marquette roll to a 101-79 win over the USC Trojans Friday afternoon.

One day after dropping 40 points against Davidson College, Markus Howard scored 51 points against USC. He shot 14-for-24 from the field, and 14-for-17 from the free throw line, becoming the first player in the history of the BIG EAST conference to have at least 40 points in consecutive games.

It was two points shy of his career high and the program record for points in a game.