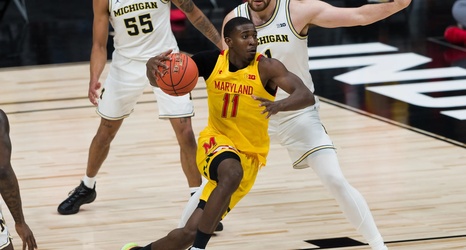 Back in early April, Maryland guard Darryl Morsell announced that he was both entering the NBA Draft without an agent and also entering the transfer portal in order to keep all of his options open. There seems to be some debate about whether or not that NBA Draft part ever actually happened, but the transfer portal part definitely did. After a Saturday night announcement of an announcement, Morsell finally made his 2021-22 destination known on Monday afternoon: YOUR Marquette Golden Eagles.

This seemed like a likely landing spot for Morsell ever since Marquette officially announced that former Maryland assistant coach DeAndre Haynes was joining new head coach Shaka Smart’s corps of assistants in Milwaukee.