Career-high day for Bailey not enough as Golden Eagles fall to No. 5 Maryland 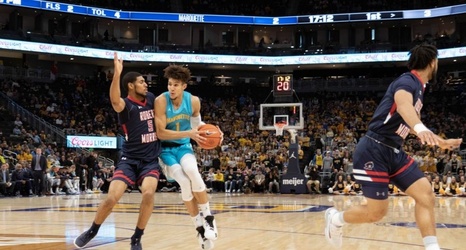 After senior guard Markus Howard combined for 91 points Thursday and Friday, No. 5 Maryland had all the answers to Howard’s scoring Sunday afternoon, containing him to just six points in the Golden Eagles’ 84-63 loss to the Terrapins.

The last time Howard only scored six points was March 6 at Seton Hall. The Chandler, Arizona, native had an uncharacteristic performance, going 1-for-12 from the field, missing all six 3-point attempts and even missing two free throws.

However, sophomore forward Brendan Bailey took over as the team’s primary scoring. He shot 5-for-1o from the field in the first half with three 3-pointers.