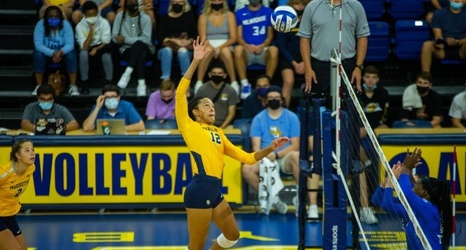 A season after playing in just 11 sets, Carsen Murray has made a big jump and is making her presence felt early in her second season with the Golden Eagles.

“(The coaching staff) knew she was getting better through the course of last year,” head coach Ryan Theis said. “I don’t know if we expected this quick of a showing this year.”

Eight games into the season, Murray has racked up 42 kills and 25 total blocks while also earning all-tournament honors in the Red & White Invitational hosted by Illinois State University.

Murray has already well surpassed the seven kills and two total blocks she had in her first season.