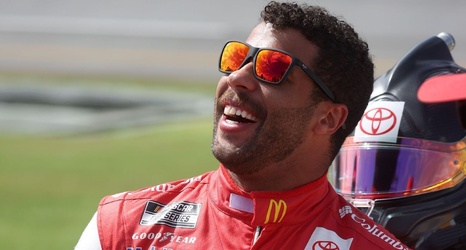 Bubba Wallace has become only the second Black driver in NASCAR history with a Cup Series victory, winning the rain-shortened NASCAR Cup race at Talladega.

Wallace, driver of co-owner Michael Jordan's No. 23 car, had the lead at Talladega with three laps to go in Stage 2 when the race was red flagged because of rain.

The race already had passed the halfway point by the second stoppage, which means the results would be official if NASCAR could not resume the event.

The first red-flag stoppage lasted for just over 18 minutes early in the second stage.