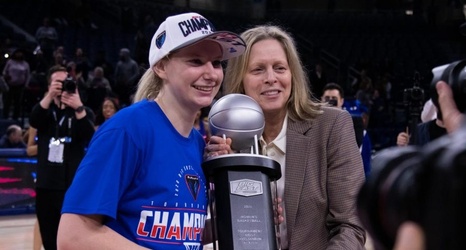 A combination of 27 MU turnovers, DePaul’s press and three Blue Demons scoring in double figures resulted in DPU’s 3-peat. This is the longest streak of league tournament titles since University of Connecticut’s run from 2008-12. Here’s a breakdown of the loss: