Wolves 1-2 Manchester United: Ole Gunnar Solskjaer's side warm up for the Europa League final in three days with narrow win while manager Nuno Espirito Santo bows out at Molineux 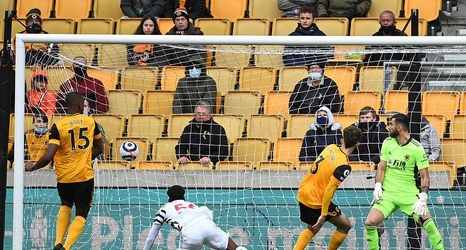 Manchester United warmed up for Wednesday's Europa League final with a narrow 2-1 win against Wolves on the final day of the Premier League season at Molineux on Sunday.

Ole Gunnar Solskjaer's heavily rotated side held on to secure three points and give them a confidence-boosting win ahead of their European showpiece against Villarreal, while Wolves manager Nuno Espirito Santo signed off as manager with the defeat.