Why De Gea and Lukaku were ruled out 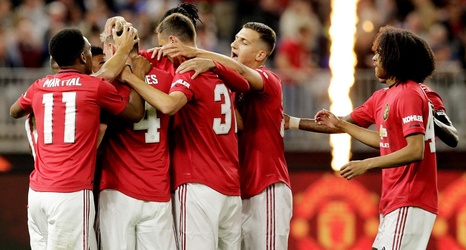 While the Tour 2019 match was only a friendly, it was played in front of 55,274 fans amid a lively atmosphere at Optus Stadium, where both sides competed in a manner that befitted the fixture's history.

Energy and intensity were again features of the performance from Ole Gunnar Solskjaer's side. Some of the attacking football, particularly on the counter, was really pleasing on the eye.

Once again, the boss handed out valuable playing time to 23 members of his squad and he also started new signings Aaron Wan-Bissaka and Daniel James together for the first time. Axel Tuanzebe was the only unused substitute, while the ill David De Gea and injured Lee Grant, Luke Shaw and Romelu Lukaku were all ruled out ahead of kick-off.