What happened at training on Tuesday? 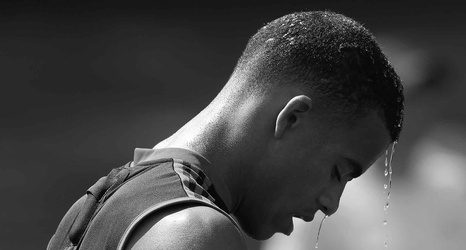 They say the hard yards put in at this time of year will pay off further down the road, and, watching on from the outside, it certainly looked a demanding day for the Reds as they once again battled through the heat.

It was an early start for the media team too, as we spent a good half an hour speaking with Lee Grant out in the sunshine, after the squad had enjoyed breakfast.

Then it was time to make the short walk down to the training pitch, where work started just before 11:00 BST.

Under the watchful eye of Ole Gunnar Solskjaer, Kieran McKenna, Michael Carrick and the other coaches, the lads fizzed the ball about early on, working their first touch, before splitting into teams and playing various small-sided matches – with plenty of running in between!