Welcoming King Cantona back in 1995 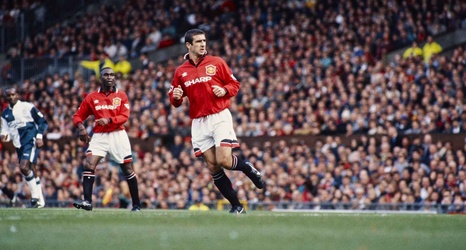 There have been many precedents over the years of anticipation levels going through the roof for individuals getting to step out at the Theatre of Dreams.

Ronaldo's first debut against Bolton Wanderers in 2003 was exciting while the expectation around Wayne Rooney's bow, following his injury at Euro 2004, was fully justified when the striker scored a hat-trick against Fenerbahce.

There were emotional first returns to their former stamping ground for Ronaldo (with Real Madrid) and David Beckham (with AC Milan), not to mention stand unveilings for Sir Alex Ferguson and Sir Bobby Charlton, plus Sir Alex's tear-jerking final home fixture in charge against Swansea City.