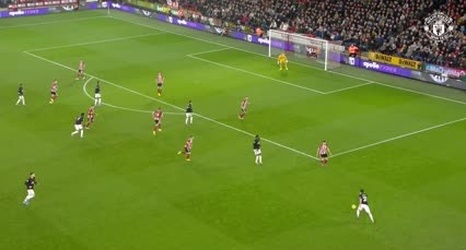 Last July, the day after United’s 28-man pre-season travelling party had landed in Singapore, Williams was almost 7,000 miles west, lining up for the Reds’ Under-23s in a friendly at The Cliff training ground.

After the seniors returned from the Far East later that month, Williams was again missing as a 26-man party flew to face Kristiansund in Norway. Instead, the left-back remained with Neil Wood’s U23s, competing in a 4-3 win over Ballymena in Northern Ireland while Solskjaer’s squad were en route to Scandinavia.

By the end of September, Solskjaer’s stock of full-backs had dwindled following injuries to Luke Shaw and Diogo Dalot, while Williams’s early-season displays for the U23s – in which he usually wore the captain’s armband – had earned him a nomination for the division’s Player of the Month award, plus a first England U20 cap.