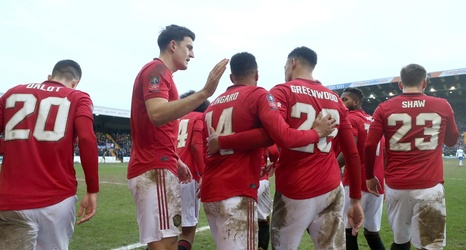 This season marks the first time fifth-round ties will be played in midweek, with the eight matches spread across four evenings.

If level after 90 minutes, games will go to extra-time and, if necessary penalties, with replays being scrapped from the fifth round onwards in this season’s competition.

Arsenal travel to Portsmouth on Monday 2 March, with Chelsea hosting Premier League leaders Liverpool at Stamford Bridge the following night, with both games being broadcast live on TV.

On Wednesday 4 March, Manchester City travel to Hillsborough to take on Sheffield Wednesday, before United meet Derby in the competition for the fourth time in 11 seasons to decide the last of the quarter-finalists.