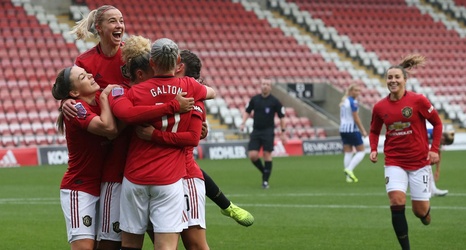 Lauren James fired us into the lead in the 10th minute, latching on to a brilliant centre from Leah Galton. Our provider turned goalscorer 19 minutes later, confidently finishing from close range. After the break, the rampant Reds added a third, as Galton stretched on to the end of Kirsty Hanson's low cross from the right. Katie Zelem scored a fourth from the penalty spot late on, as Hanson was brought down by Kayleigh Green.

After a dominant display in the Continental Cup during midweek, which saw the Reds cruise to an 11-1 victory over Leicester, Casey Stoney made eight changes to her starting XI.