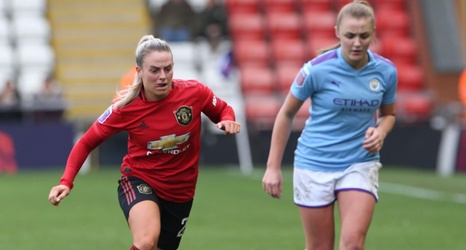 The visitors had gone ahead in the first half, courtesy of Ellen White, and the striker completed her brace in the second period.

United did stage a late comeback with Lauren James scoring and Lauren Hemp inadvertently turned into her own net, but Jill Scott’s strike between the Reds’ goals ensured it was City who just edged this Manchester derby.

It could, however, have been very different had the Reds been awarded a goal around the 70-minute mark, but the officials controversially decided the ball had not crossed the line.

It was a tentative opening to things at Leigh Sports Village, with both sides displaying some intricate and well-worked passing without finding a way to penetrate the opposition defence.