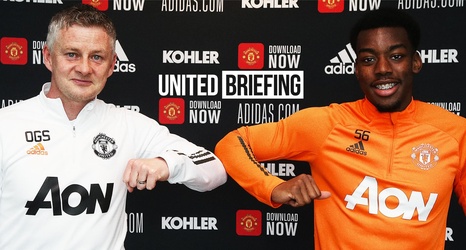 The manager has suggested the 18-year-old will be among the substitutes when the Reds face Granada in the Europa League quarter-final first leg tonight (Thursday), and he would have no qualms about pitching him into the action.

“He's not just there for experience,” Ole told us. “He might actually play a part, who knows? He's got that X-factor and I like players with speed and acceleration and he's definitely got that.”

So how much do you know about Elanga? Read up on the teenager...

Anthony plays his international football for Sweden and has represented them at various under-age levels.