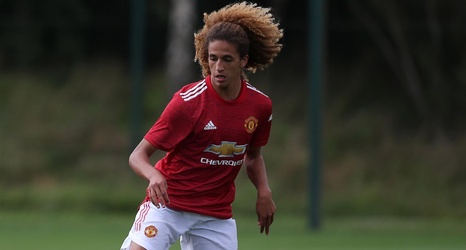 United led by two goals scored by Mark Helm and Anthony Elanga early in the first half, but by half-time the home side had clawed their way back thanks to strikes from Alex Pritchard and Juninho Bacuna.

After the break, goals from Huddersfield’s Josh Korona and United’s Hannibal were sufficient to give this match an ending of which left both sides content with the outcome.

Both teams were rigged out in the latest versions of their respective club strips. The Terriers wore their traditional blue and white stripes, while United were, of course, in the famous red shirts with, on this occasion, black shorts.