#Treble99: The trophy that eluded United 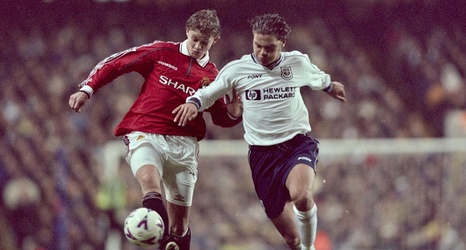 While Spurs viewed the tie as a glaring opportunity to march back towards European football, Alex Ferguson – as promised – used the trip to blood youngsters and afford invaluable playing time to players on the ufb01rst-team fringes. That included Ole Gunnar Solskjaer, Teddy Sheringham, Nicky Butt, Ronny Johnsen, Henning Berg and Ryan Giggs, who was returning from a broken foot, while David Beckham and Jesper Blomqvist were on the bench.

Despite prioritising the Premier League and Champions League, with Aston Villa and Bayern Munich waiting in the following week, the United manager was intent on prolonging a four-lane charge for glory.