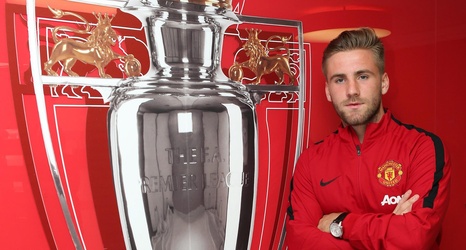 The defender became one of the world’s most expensive teenagers at the time, signing a four-year contract with the option of a further year.

Since his first visit to Carrington as an 18-year-old on that day in late-June, Shaw has overcome various setbacks, including a double leg fracture in the opening weeks of his second season as a Red, to develop into one of the most highly regarded left-backs in world football.

In total, our no.23 has made 186 appearances for United over the last seven years and has won the FA Cup, Community Shield, EFL Cup and Europa League in his Old Trafford career to date.