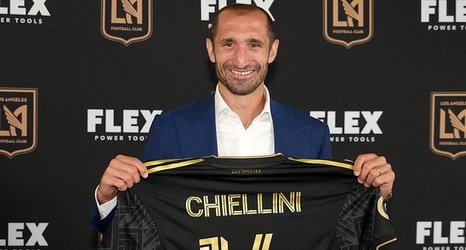 Here is Sportsmail's daily live blog for all the latest transfer news and rumours with a number of high-profile deals expected to be completed imminently.

Giorgio Chiellini has humbly questioned why Los Angeles FC have decided to sign him in a modest unveiling as the club's new signing.

The former Italy centre-back joins the MLS outfit after a glittering 18 years at Juventus, where he won 20 trophies in total including nine Serie A titles and five Coppa Italia crowns.